Why Some Popcorn Kernels Don’t Pop 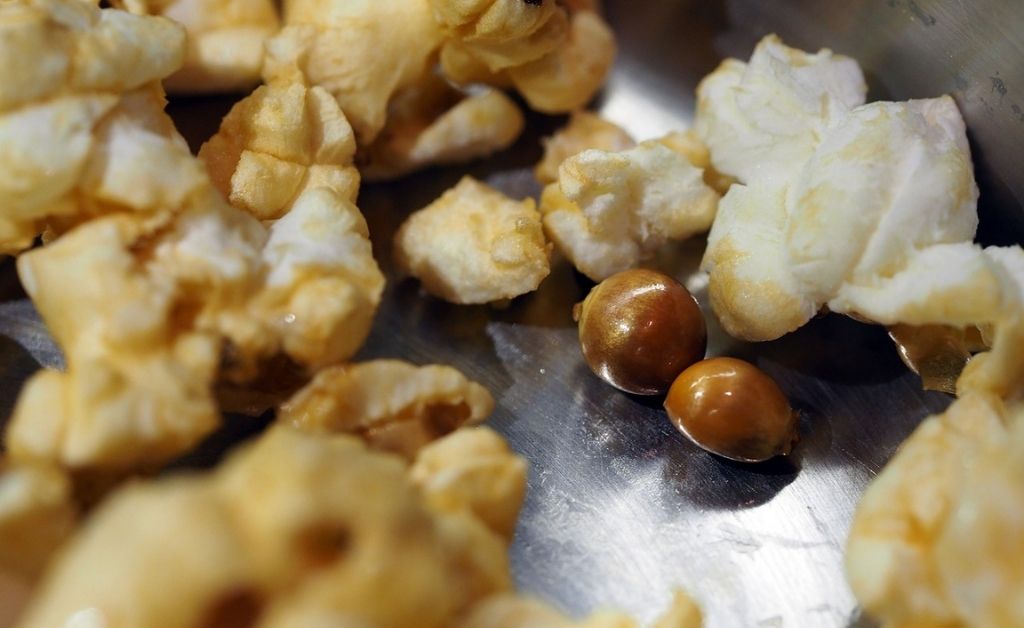 It’s a fact. No matter which brand of popcorn you use, or which popping technique you use, there are always a few kernels that just won’t pop. If you’re like me, you’ve always wondered why your popcorn kernels are not popping. Well, I did some research on this, and here’s what I found.

It comes down to two factors: water and hull strength. Popcorn kernels don’t pop if they have too low or too high a water content, or if the hull has been weakened or damaged. Popcorn pops when the water inside is heated and turns to steam which builds up so much pressure the hull bursts.

Why Some Popcorn Kernels Don’t Pop?

Popcorn kernels need to have between 13-14.5% moisture content inside their starchy center to pop. As a kernel heats up, the water inside turns into steam which builds pressure inside the kernel until it pops.

If the kernel has too little moisture, not enough steam is made when it’s heated. Popcorn kernels need a certain amount of steam to build enough pressure to burst the hull.

Too much moisture can cause the kernel to sprout, creating weaknesses in the hull. Once the hull is damaged or weakened, a path is created where steam can escape, and there isn’t enough pressure for the kernel to pop.

What causes too much or too little water inside a popcorn kernel? Turns out, it’s the quality of something called the pericarp. The pericarp is the tough outer shell, or hull, surrounding the popcorn kernels, and it’s the key to its popability.

Bruce Hamaker, Ph.D., a professor at Purdue University, has studied why popcorn kernels don’t pop. He and his team analyzed the popping performance of 14 different varieties of yellow corn kernels. In the worst-performing variety, 47% of the kernels failed to pop. In the best, only 4% didn’t pop.

“We think the secret to maximizing ‘pop-ability’ is found in the special chemistry of the corn kernel,” said Hamaker.

The pericarp is made up of several thin sheets of cellulose. The cellulose changes its structure when it heats up. The thin sheets become crystals that are so tightly bound together, water can’t pass through them. The more crystalline the pericarp becomes, the less water can leak out (which is a good thing). And we now know that the kernels need a certain water content to pop. 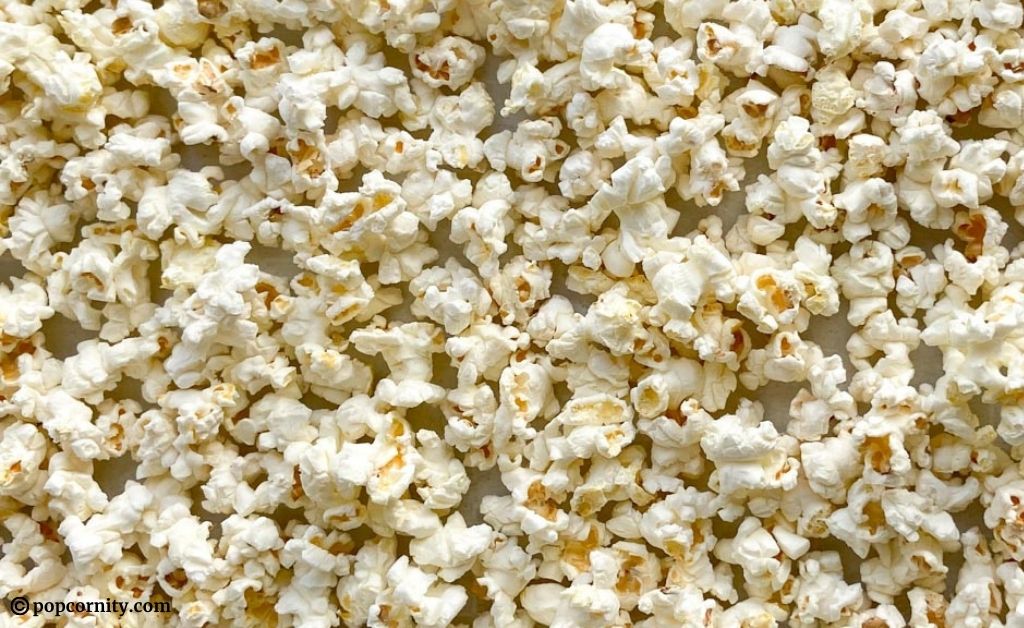 What Are Unpopped Popcorn Kernels Called?

The definition of an old maid is “a single woman regarded as too old for marriage”.

Old maid is an antiquated and sexist term that shouldn’t be associated with something as fun and positive as popcorn!

I think we should come up with another term to describe unpopped kernels. Something like – the unpoppables, Colonel (instead of kernel) Duds, jawbreakers. Ok, those are terrible. I’m sure someone else can come up with a way better name. Any suggestions?

Why Does Popcorn Burn Before All the Kernels Are Popped?

Popcorn can burn before all the kernels are popped for a few reasons. 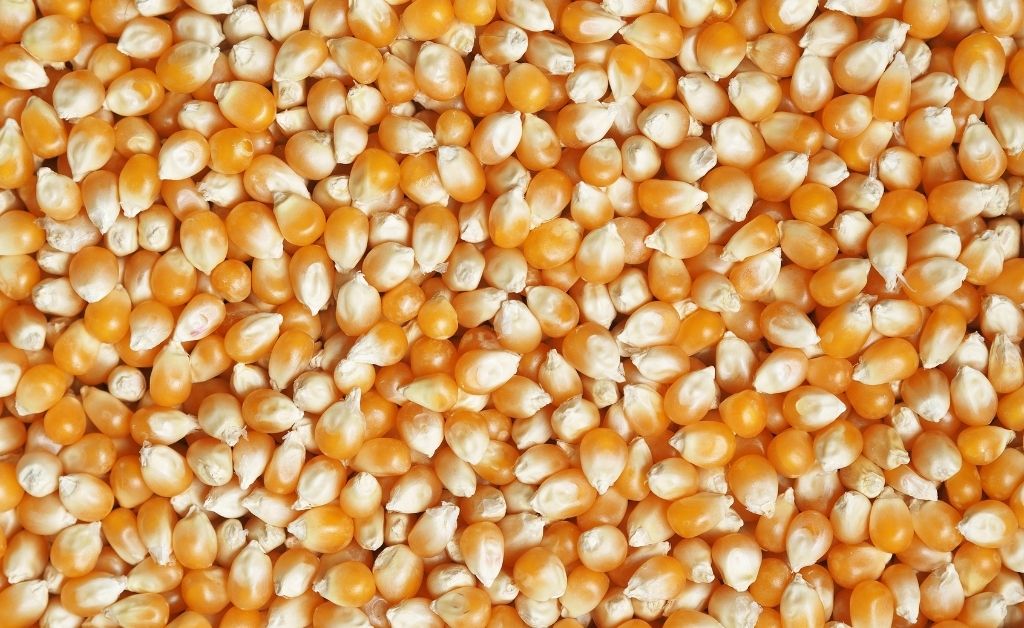 Are Popcorn Kernels Bad for You?

Unpopped popcorn kernels aren’t just annoying, they can cause serious damage. Unpopped kernels can break teeth, damage fillings, and are even a choking hazard.

How to Reduce the Amount of Unpopped Popcorn Kernels 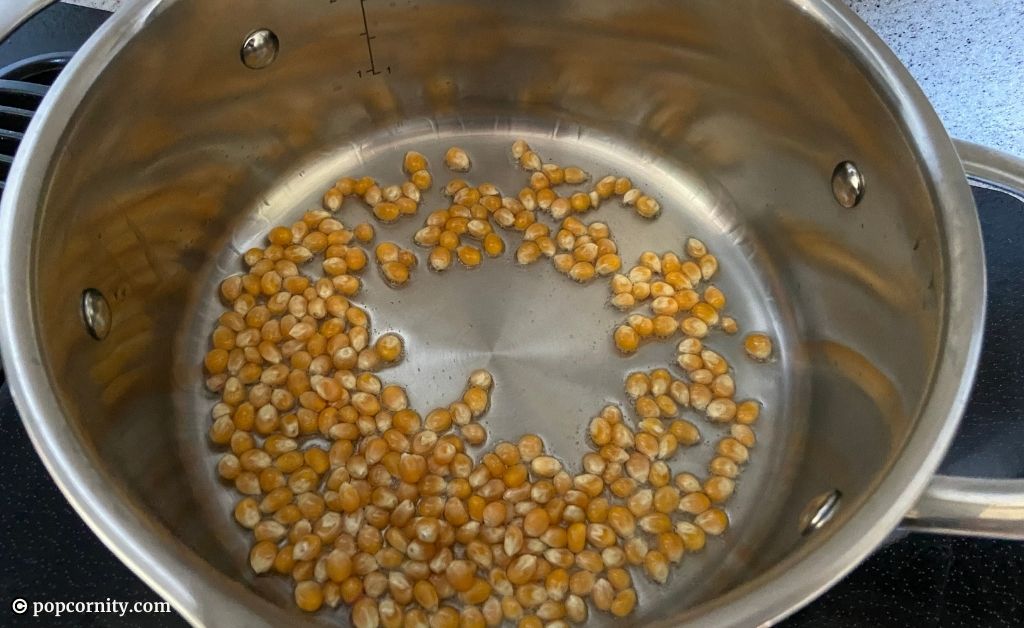 Tips for Getting the Most Popcorn Kernels to Pop

Pro Tip: My stovetop popcorn recipe does a great job of minimizing unpopped popcorn kernels. Try it and see for yourself!

Can You Repop Unpopped Popcorn Kernels?

You can try to repopping unopened popcorn kernels. Separate out the unpopped kernels, put them back into the popper and try again.

Sometimes kernels don’t pop because they got caught up in the popped popcorn, or a popping kernel tossed them out of the popper.

Can You Rehydrate Popcorn Kernels?

If you have popcorn kernels that are too dry to pop, here’s a method you can try to rehydrate them.

Fill a mason jar 2/3 full of kernels. Add a tablespoon of water to the jar. Seal the lid and shake the jar until the water has been absorbed. Let it sit for a day or two, and then pop as usual. I haven’t tried this method yet so let me know if you’ve tried it and if it worked, or if you have another technique you’ve tried and was successful!

How to Store Popcorn

Popcorn should be stored in an air-tight container and kept in a cool, dry place like your pantry or cupboard. The popcorn should stay fresh for about a week.

For more details about storing popcorn, see my article here.

Is Popcorn Healthier Than Chips?

What Is Red Popcorn? Here’s Everything You Need...

I Made Popcorn in An Air Fryer and...

How Much Popcorn Per Person? Here’s Everything You...

Does Popcorn Expire? Here’s Everything You Need to...

Hi, I'm Kristy. I have always been pretty much obsessed with popcorn. I'm excited to share everything I know about popcorn, and everything I learn as I begin this journey. Welcome to my popcorn corner on the internet!

Popcornity is a participant in the Amazon Services LLC Associates Program. As an Amazon Associate I earn from qualifying purchases. Thanks for your support.